Calving is one of the most important times on the production calendar. Management decisions made prior to this period can influence success at calving and ultimately profitability of an operation.

The last trimester of pregnancy is when the majority of fetal growth occurs. During this period the nutrient requirements of the cow increase accordingly. In particular, the last 45 days prior to calving are a critical time. The best method to assess the nutritional status of the cow is to monitor body condition. Ideally, most cows should enter the calving season with a body condition score (BCS) of 5. However, early-calving cows (January and February) and young cows (2 and 3 year olds) should have a BCS closer to 5.5 or 6. Research has clearly demonstrated that body 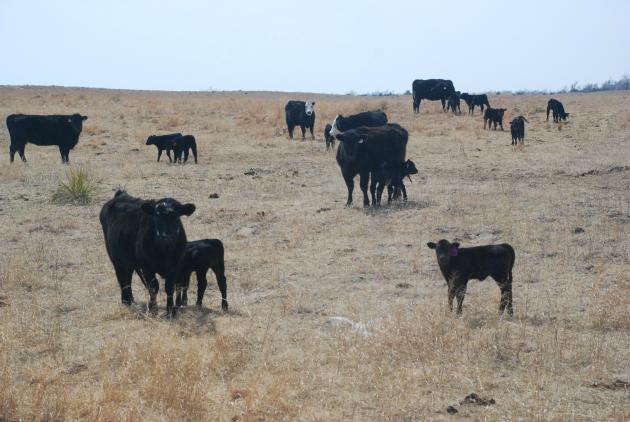 condition can have a dramatic impact on subsequent reproductive performance. If the cows are thinner than desired, it is advisable to alter the plane of nutrition to add body condition prior to calving. After calving, the nutrient demands associated with lactation make it difficult and expensive to add body condition.

A common misconception regarding pre-calving nutrition is that feeding cows too well results in increased calving difficulty. This is absolutely incorrect! Actually, underfeeding cows prior to calving could increase calf scours and mortality and reduce calf survival. Along the same vein, overfeeding can be a problem as well. Cows that are over-conditioned actually deposit fat in the birth canal which can lead to calving problems.

The focus of pre-calving vaccination programs is to provide immunity to the calf via colostrum. There are several diseases that can be vaccinated for at this time; however, to vaccinate for every possible disease is neither practical nor economically prudent. Consult with your veterinarian to develop the vaccination strategy that is appropriate to your operation.

The Konefal Calving Method was developed by a beef producer in Manitoba, Canada. This method involves feeding cows twice daily at approximately 11:30 am and 9:30 pm. Using this regime, Gus Konefal was able to get 80% of his cows to calve between 7 am and 7 pm. Research at Iowa State University produced similar results. Results of USDA research was not as dramatic, but still showed a 10 to 20% reduction in the number of cows calving between 10 pm and 6 am.

Preparing calving facilities prior to calving is wise. The calving area should be clean and dry and be in close proximity to shelter and facilities needed to assist cows with calving difficulty. Maternity pens with a headgate, crowding gate, and nursing panel can also be quite helpful. Calf shelters and/or warming boxes should also be cleaned and checked (wiring in particular). Once the facilities are prepared, it is always wise to make a list of needed items and make sure they are accessible. Some key items would include: calving jack, OB chains or straps, iodine, tube feeder, rags or towels, light source, tags and/or tattoo equipment, and last but not least…your IRM red book.

Colostrum is critical to survival of the newborn calf. The immune system of newborn calves is not completely developed. Consequently, the antibodies and immunoglobulins in colostrum are a substantial component of the immune protection in newborn calves. Calves should receive 5 to 6% of their body weight as colostrum within 6 hours and again within the subsequent 6 hours. 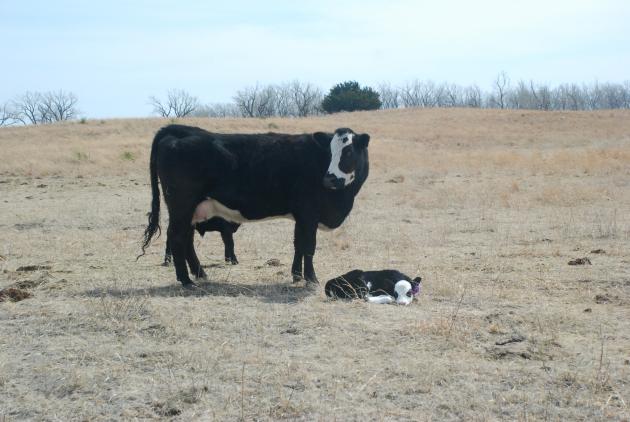 If the calves are not able to nurse or the cow’s production of colostrum is insufficient, colostrums from other cows or commercial colostrums supplements may be necessary. Ideally, colostrum should be collected from cows within 24 hours of calving and fed fresh. Colostrum can also be collected, frozen and used later. Johne’s disease can be spread via colostrum, so caution should also be exercised when collecting colostrum from unknown animals. Colostrum should only be used from cows known to be Johne’s free.

When collecting colostrum, consider freezing it in “serving” sizes, or one to two quarts per container. Once colostrums has been thawed, it should not be re-frozen. Correct thawing will also help prevent the antibodies and immunoglobulins from being damaged. Frozen colostrum should either be slowly warmed in warm water to a final temp of 105 to 110°F or in a microwave on medium power. In both cases, the colostrum should be stirred frequently.