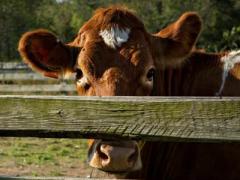 Summary: Economically relevant traits (ERTs) are those that are directly associated with either a cost or a source of revenue.  Not all Expected Progeny Differences (EPDs) represent traits that are ERTs, and instead represent indicator traits. It is important for producer to know the difference between ERTs and indicator traits when making selection decisions.

Sire selection does not need to be overwhelming or complex.  Centuries of work by geneticists and statisticians have allowed for the development of tools that help producers make decisions relative to the next bull you purchase; do not ignore them.  The key questions that every rancher needs to answer are:

1)What are my breeding/marketing goals?
2)Which traits directly impact the profitability of my enterprise?
3)Are there environmental constraints that dictate the level of performance that is acceptable for a given trait in my enterprise?

Once these three questions are answered, sire selection becomes much simpler.  The answers to these questions inherently lead a producer to the traits that are economically relevant to their enterprise.  We call these traits Economically Relevant Traits (ERT).

Fundamentally, Economically Relevant Traits (ERT) are traits that are directly associated with a revenue stream or a cost.  All traits that are not ERTs are indicator traits, or a trait that is genetically correlated to an ERT but not an ERT itself.  Table 1 provides a list of currently available EPD indicating which are ERT and their corresponding indicator traits.

In the above list of traits many weight traits (e.g. weaning, yearling, carcass) are listed as ERTs.  This is dependent on the individual enterprise’s marketing endpoint.  For instance, if a commercial producer markets calves at weaning then weaning weight (sale weight) is the ERT.  If, however, a producer retains ownership through the feedlot phase and sells on a grid then carcass weight is the ERT.  The crux is that from an industry perspective carcass weight is always the ERT, but individual producer goals might dictate alternate marketing endpoints and traits of emphasis. Tenderness is another example of a trait that is clearly an ERT from the perspective of the entire beef industry complex, but is one that does not provide a clear economic incentive to the individual producer.

Classic examples of indicator traits include ultrasonic carcass measurements, birth weight, and scrotal circumference.  Ultrasonic carcass measurements are a non-destructive measure of traits such as intramuscular fat percentage (IMF).  Producers do not receive premiums for IMF levels, rather premiums (and discounts) are applied to quality grades.  Assuming that carcass maturity values are the same, actual carcass marbling is the driver of quality grade.  Although IMF is genetically correlated to carcass marbling, it is not the ERT.  Birth weight is another great example of an indicator trait.  Selection to decrease birth weight in an attempt to reduce the prevalence of dystocia is practiced by numerous commercial bull buyers.  However birth weight does not have a direct revenue source or cost associated with it.  The trait that does have a cost associated with it is calving ease (or difficulty).  Calving ease is related to the level of assistance needed during a calving event.  Although the two are related, the genetic correlation between calving ease and birth weight is only between -0.6 and -0.8, suggesting that birth weight only explains 36-64% of the genetic differences between animals for calving difficulty.  A commonly misunderstood indicator trait is scrotal circumference. Bulls with larger scrotal circumference measurements tend to have daughters that reach puberty earlier.  However, the relationship between scrotal circumference and heifer pregnancy in Bos taurus cattle is near zero, but slightly positive (0.20) in Bos indicus breeds. Genomic predictors (Molecular Breeding Values (MBV) or Molecular Value Predictions (MVP)) can also be thought of as indicator traits.  As the genetic correlation between the MBV (or MVP) increases, the more valuable it is as an indicator.  However, as these genomic predictions do not have an accuracy of one, they do not account for all of the genetic differences between animals.

Some traits that current have EPD are convenience traits (e.g. teat size, udder suspension, docility).  Certainly these traits are genetically correlated to ERT, but stronger genetic associations often exist between ERT and other indicator traits.  For example, cattle that are more docile tend to have higher marbling scores and are more feed efficient but more direct indicator traits exist to improve feed efficiency and quality grade.  Teat size and udder suspension can be related to maternal weaning weight and the probability of culling.

It is critical that commercial producers identify their breeding goals and thus the traits that are economically relevant to them.  Selection pressure should be applied to the traits that directly impact profitability, and in the absence of EPD for these traits the corresponding indicator trait EPD should be used.  Economic selection indices can aid in the selection of sires that excel for firm level profitability under a given production scenario.